If you’re generally in good health and look after yourself, is it worth periodically getting a health MOT? I’ve recently been for one and it’s got me all fired up, so I thought I’d share the experience with you.

Before I go on, I must say this is not a disparaging rant about the National Health Service. I am a big fan of this incredible, often abused service. I think the UK is very lucky to have it and have nothing but admiration for those people who work within it. They work incredibly hard, are undervalued, often overworked and in many cases, underpaid. Not to mention the fabulous job they do, in the main, but there is always an exception to the rule, right? And this blog is about that one exception…

Let’s just put this out there: I’m not getting any younger. The only consolation is that nobody else is either. Now, before I get people ranting ‘embrace your age’. I’m not worried about growing older. My age is completely irrelevant to me. Whenever I’m asked how old I am, I have to subtract the year I was born from the current year! I just don’t keep count. It’s just never been that important to me. I much prefer to focus on how I feel and have always felt really youthful, so people usually think I’m younger than my actual age. But in the last 6 months or so, I have noticed a change. And it’s not one I am welcoming, well, not without a fight.

So when I received a message saying I could get a free health check, I thought the gods were intervening and sending me a direct message. Now, I’m not one to go to the doctors per se. I look after myself to prevent this. On the pesky occasions I do get ill, I usually ‘persevere’ and muddle my way through, if I can. I just don’t give in to it. Never have.

But I’m now also trying to practice listening to myself – and the messages coming back were telling me a check up might be overdue. After all, I had a few little ‘niggles’ that were starting to bug me.

Firstly, I had some blood taken which, the nurse told me, would be tested for Cholesterol, Diabetes, Liver/Kidney function… then I was instructed to return 3 days later to discuss the results.

I was perhaps naively under the impression I would be seeing a doctor to discuss the results of the blood tests. This actually pleased me, as there was those few little niggles I mentioned, which I also needed to address. Namely the dreadful energy crash a couple of weeks ago whilst walking the pooch which led to him dragging me home; the normal sunny disposition being more frequently hijacked by a dark impending clouds of gloom and the hideous bout of unexpected Eczema which has uninvitedly taken up residence on my face for the last two months and steadfastly refuses to go away!

I arrive at the surgery and am actually seen by a Healthcare Assistant – who, although very pleasant, informed me he can discuss the test results but NOT several of those things I really needed to talk about – as he’s not qualified to do so. Umm. Not a great start. We move on to the results.

But first there were some questions about my lifestyle:

Do I smoke? (No) How much alcohol do I drink? (below the weekly guide), Do I eat healthily including fish, veg, fruit, nuts, seeds etc? (Yes). What daily/weekly exercise do I do? (Walk dog 40+ minutes twice a day; Pilates twice a week; weights twice a week; Hiit twice a week, minimum 15000 steps per day and more recently Barre Core…). There was no question of my water intake incidentally (usually around 3 litres).

Then we discussed the test results: Very low risk of both Diabetes and Heart attack/disease, Cholesterol good – mainly made up of good cholesterol = very good. Blood pressure excellent. The liver or Kidneys results go direct to the doctor as he’s ‘unqualified to discuss those’ too…Umm again.

I mention my energy crash and wonder if it’s associated with my blood glucose. He said “It would indicate diabetes but your results were perfect so it can’t be that. I don’t know what to tell you.” Ummm, not very helpful.

He then proceeded to measure my height, weight, measured my waist with a tape around my midriff and did my BMI. He inputted the data into the computer then told me I’m overweight – just like that. I nearly fell off my chair! How can I be overweight A) when I am so active B) so healthy in what I consume and C) my blood tests were amazing? Apparently, it’s all down to my BMI.

At this point, if the results of my blood tests hadn’t been so good, I would have been more concerned about the outcome of my BMI. But the fact he almost brushed them aside to focus solely upon the BMI result…I was exasperated!

He told me I’m ‘only just’ in the overweight category, so I shouldn’t worry too much about it. But I should aim to reduce it, regardless. ‘How?’ I asked. He suggested ditching the white bread, cakes, white potatoes etc – all of which I told him I very rarely eat. He said “Reduce your intake of red meat” – I informed him I’ve been a vegetarian for 36 years. “Take up cycling” – Ha! When am I meant to fit that in when I already work out 6 days a week plus my 15k steps each day?! It was at this point I realised I may be here for some time…

Then he admitted he was at a loss – again! “I was going to tell you to increase your exercise but you’re already very active or you could reduce your alcohol intake, but it’s already low. You obviously don’t have a sweet tooth because of your diabetes results… I guess it could just be a metabolic thing. I don’t know what else to tell you”. Ummm…again!

He then went on to tell me it could be my weight training – as a result of building lean muscle. And this, my friends, is where I truly lost my faith! He said the dreaded untrue exercise myth: “Because muscle weighs more than fat”. Yes. Those words came out of a Healthcare Professionals mouth. Let me explain why that statement greatly offends me.

It’s misinformation. Pure and simple. Muscle takes up less space and is approximately 18% more dense than fat. But pound for pound they weigh exactly the same. Muscle does not weigh more! So I told him this. Quelle Surprise! He was once again lost for words.

So it leaves me to ponder: does BMI give a truly accurate picture?

BMI is a system that has been around since the 1800s and was adopted by governments across the world by the late 1900s to measure the populations health. But increasingly, research indicates it is not an accurate measure of overall health on its own – much like the number on the scales.

You see, there are many reasons why BMI isn’t as accurate a health barometer as we are led to believe, but one of the main ones is BMI can’t distinguish between fat and muscle. As a result many really fit, athletic, muscular people are labeled as overweight by their BMI calculation – even though they’re ultra fit and lead healthy lifestyles. Two people who have the same BMI can have completely different body compositions.

BMI also doesn’t take into account where the fat is on the body. If a person has body fat mainly around their middle they would be at a higher health risk than someone who has the same amount of fat evenly spread out.

I’m not saying it’s a completely useless measurement – it definitely does have some uses. But used in isolation, it’s just not a reliable picture of overall health, just like the bathroom scales. The fact this is STILL being used today and – based on my own experience – appears to be the focal point of information to provide a picture of health, well it’s worrying to say the least.

Telling someone they’re overweight because a system created over 200 years ago dictates it, could lead to a plethora of trouble. There are people far less informed – and some far more vulnerable, than myself being told this garbage and it’s simply not true and incredibly unfair. It could put people off actually exercising. This is their health we’re talking about!

So, is it worth going for an MOT? Well, it wasn’t a complete waste of time. I did get lots of good information from the blood test results. So I now have a far clearer picture of my general health. But I didn’t get the answers to the questions I most sought and I received some worryingly inaccurate advice. When he couldn’t answer my questions and didn’t know what to tell me I came to the conclusion: My body is an enigma! So, I’m going to just take it all with a pinch of salt, oh wait, that’s bad for your health too! 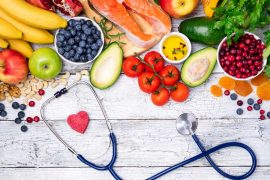 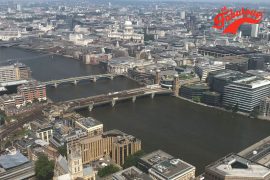 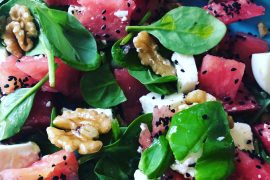 Salad Days to delight the tastebuds! 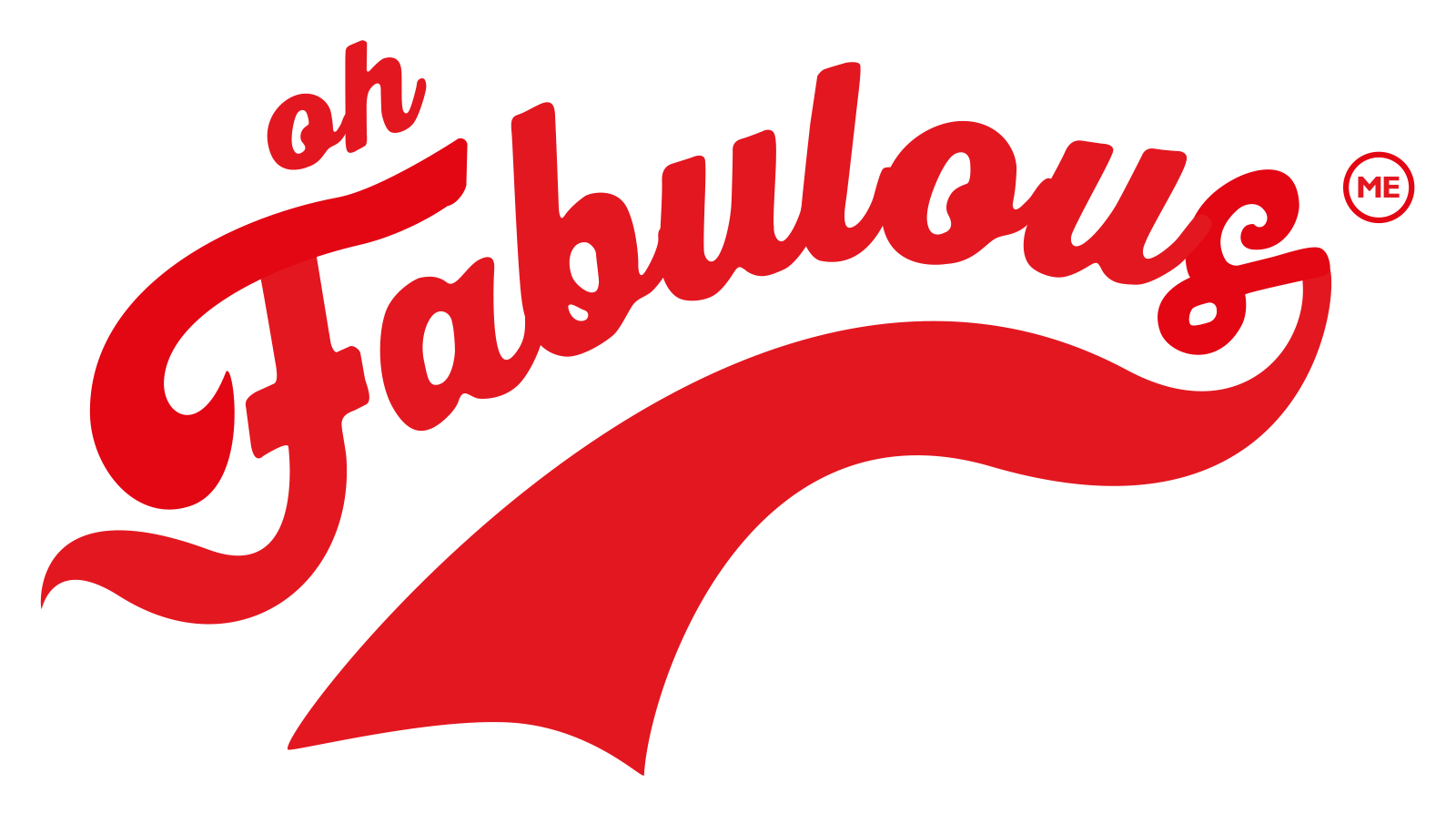